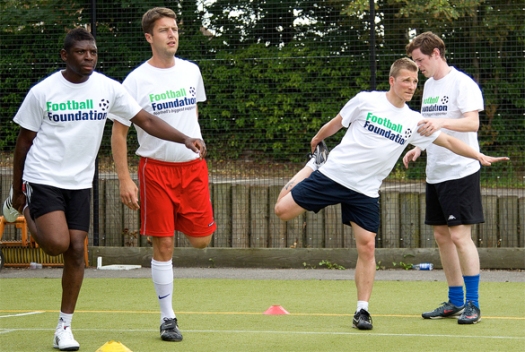 A brand new funding scheme is set to aid the retention of adult male teams within grassroots football clubs. The £1 million fund has been created to boost football’s traditional format following a recent decrease in the number of adult male FA-affiliated grassroots league teams.

Retain the Game, which is funded by The FA and delivered by the Football Foundation, is offering existing grassroots football clubs grants of £750 to continue offering valued playing opportunities in organised football. These grants will support clubs’ adult male teams in three age categories:

The grants are designed to cover core costs that are incurred by grassroots clubs, including matchday and training facility hire, First Aid training and new Nike kit and equipment through a bespoke voucher.

Grassroots clubs that meet the following criteria will be eligible to apply:

Should the fund be oversubscribed, clubs that meet the following criteria will be prioritised:

The application window for Retain the Game is now open and closes on Wednesday 30 May. Clubs seeking more information on the programme should either contact their local County FA or www.footballfoundation.org.uk

Aidy Boothroyd, England Under-21s Manager, said: “I am delighted that Retain the Game has been launched. Adult male grassroots football is a fundamental part of the game and financial support provided through this scheme will have a fantastic impact in ensuring high levels of continued participation across the country. I would encourage all eligible teams to apply by visiting the Football Foundation website.”

Retain the Game is inclusive of players from different ethnic backgrounds, faiths and sexual orientations.

This push to reverse the decline in adult male league football follows the recent Grow the Game funding window for 2018, which made £1.5 million available for grassroots clubs looking to create new women and girls or disability football teams. This offer was met by an overwhelming response and it is predicted that this year’s investment will create around 1,000 new female and disability teams in the grassroots game.
Source