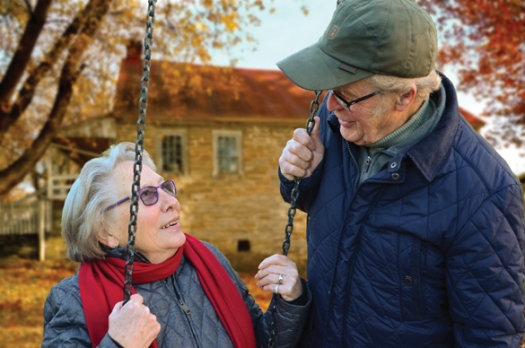 The Royal Society for Public Health (RSPH) has recently published a new report highlighting how negative attitudes towards ageing can harm our health and wellbeing.

The report says that attitudes towards ageing are generated and reinforced with negative newspaper headlines, pressure from the beauty industry to use ‘anti-ageing’ products, prejudice in the workplace and lack of contact between older and younger generations.

The findings suggest that 64% of people don’t have a single friendship with an age gap of 30 years or more. The report also said that ‘Among those who identify as from a black ethnic background, attitudes to ageing and older people were overwhelmingly more positive.’

The RSPH calls for more to be done to promote positive attitudes towards ageing, including through educational and workplace programmes, analysis of the representation of older people in the media and to end the use of the term ‘anti-ageing’ in the cosmetics and beauty industry.

These anti-ageing narratives are described as particularly harmful for older women, who often experience severe dissatisfaction with their bodies, as a result of unrealistic beauty standards. As little as 12% of older women are said to be satisfied with their body size.

The report says that since we are all ageing and it is a natural part of life, it is dangerous and nonsensical to suggest it is somehow undesirable.