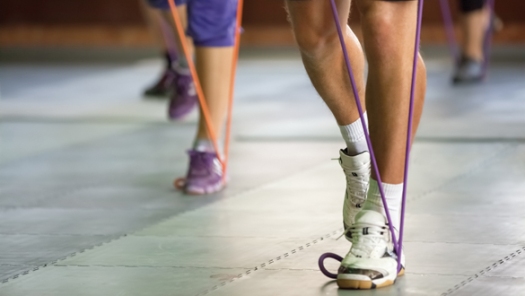 It is widely accepted that a physically active lifestyle can reduce the risk of cardiovascular disease. However, this observation is generally attributed to exercise’s ability to reduce cardiovascular risk factors such as body mass, cholesterol levels, insulin levels and fat mass, among others. Usually this takes several weeks or even months.

Benefits of exercise, however, seem to be present far sooner. This new research shows  that only one episode of exercise may provide early protection of the heart for two to three hours, followed by a more robust and longer period of protection that emerges after 24 hours and remains for several days.

This theory is based on the well-known concept that the heart is protected against  a blockade of blood flow, such as a myocardial infarction, when it is repeatedly exposed to short periods of blood flow blockade, prior to the event. This ‘prepares’ the heart against damage. Various types of exercise seem to induce a comparable effect, leading to protection of the heart.

Dick Thijssen, who is a Professor in Cardiovascular Physiology and Exercise at the LJMU School of Sport and Exercise Sciences explains:

‘Protecting the heart through exercise is an easy, inexpensive, and powerful therapy that deserves greater recognition and further resources to establish the optimal dose. This is a key review summarising how a single bout of exercise can have a clear impact in keeping the heart adequately supplied with blood. Firstly, this means that one bout of exercise can cause clinically relevant protection against cardiovascular disease. Secondly, this means that benefits of exercise are present, even in the absence of changes in risk factors. These are both important and powerful messages for all who want to take up exercise.’

Researchers have recommended that one way clinicians could use this to help patients is with ‘prehabilitation’: a few sessions of exercise planned for the days preceding planned cardiac intervention. The authors hope this may reduce in-hospital mortality and morbidity, assuming, of course, that patients have the capacity for physical activity.