More than 170,000 people are living with cancer in the UK who were diagnosed in the 1970s and 1980s, according to new research released by Macmillan Cancer Support and Public Health England’s National Cancer Registration and Analysis Service (NCRAS). 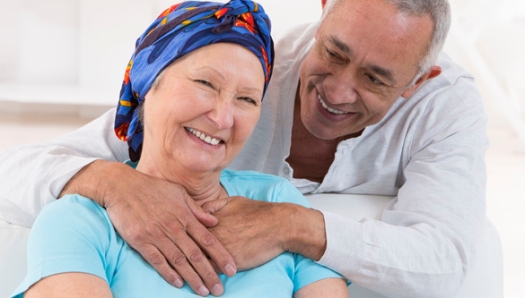 In a new report ‘Cancer: Then and Now’, Macmillan reveals for the first time the number of cancer survivors from the 1970s and 1980s in the UK. People  on average are twice as likely to survive at least 10 years after being diagnosed with cancer than they were at the start of the 1970s. These improvements in survival are partly due to earlier diagnosis – by way of screening programmes and advances in diagnostic tools, as well as more refined treatment.

The report compares the diagnosis, treatment and care of cancer then, to the experiences of cancer in the 2010s. While documenting drastic improvements over this time, particularly in available treatments, it also acts as a stark reminder that cancer continues to be a devastating diagnosis and one which affects a person long after their treatment has finished.

It highlights the consistent and growing support the charity offers people affected by cancer, including the introduction of Macmillan nurses in 1975 to the first Macmillan-trained benefits adviser in 2005.

But those who survive many years after a cancer diagnosis do not necessarily have a good quality of life. Macmillan estimates that there could be around 42,500 people living with cancer who were diagnosed  in the 1970s and 1980s who may still be dealing with problems linked to their cancer, such as long-term side effects.

Even today patients still need tailored support to manage the aftermath of cancer, as many may still have to deal with long-term side effects in the future. Around 625,000 people in the UK are estimated to be facing poor health or disability after treatment for cancer. Long-term side effects can include chronic fatigue, incontinence and sexual difficulties. That’s why Macmillan offers patients a range of information guidance on late effects of treatment as well as specialist clinical services across the country.

With the numbers of people living with cancer in the UK set to grow from 2.5 million people to 4 million by 2030 more people than ever will need support with the long-term effect of cancer.

While the charity provides a range of information through its website, mobile units and information centres, it is vital that the NHS ensures patients are given all the right support and know where to find information and help when they need it. Worryingly, recent analysis from Macmillan shows an estimated 116,000 cancer patients last year in England did not have the potential long-term side effects from their cancer fully explained to them.