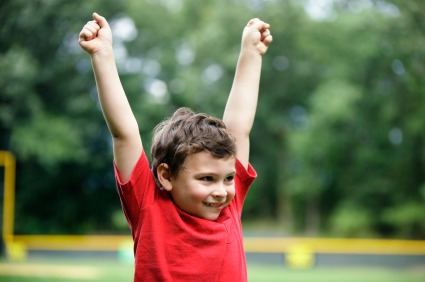 Pride in Britain is back thanks to the summer spectacle which captivated the country, she told the Conservative party conference. She promised to build on the Games’ success, creating a legacy which will inspire youngsters to become gold medallists.

“Between them, our inspirational Olympic athletes will dedicate 5,000 days a year to teach, mentor and encourage young people in sport,” Miller said.

“In schools and clubs across the UK, our Olympic athletes will be dedicated to helping the next generation shine as they themselves have shone this summer.”

The Games had helped Britain “regain its pride”, she told Tory activists in Birmingham.

That pride was clear as grassroots members wept while watching a five-minute video telling the story of Britain’s Games, from the International Olympic Committee officials awarding the showpiece to London in Singapore in July 2005 to last month’s Paralympics closing ceremony.

Gold medal cyclist Joanna Rowsell, who appeared on stage, said the cash was “absolutely essential” as Team GB’s athletes trained. “I wouldn’t have been able to be a full-time cyclist without the lottery funding,” she said.

Lord Coe said the Olympics showed that Britain has not just got a “can do culture” but a “can deliver” culture. He said: “Britain and the British have a reputation for quality, for scrutiny, for raising the bar and setting new benchmarks. This is not an inhibitor or barrier to delivery; it makes for better delivery and should be embraced.” 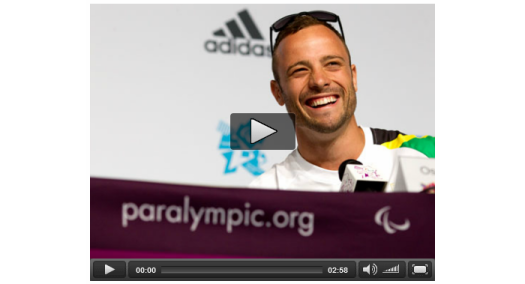 Oscar Pistorius – Paralympics will change perceptions about disability, as reported in The Guardian:

Pistorius, the South African star of the Games, believes other countries will learn a lot from Britain’s enlightened approach to hosting the 2012 Paralympics. “The UK is definitely a country which deals with disability in a really amazing way,” Pistorius said. “There are a lot of people that are going to watch these Games around the world that are going to be forced in a way to see these Paralympics through the eyes of the people of the UK. And I think that is a great thing. There are a lot of people here that don’t focus on the disability any more, they focus on the athletes’ ability.”

Which one do YOU think will host the 2020 Olympics? 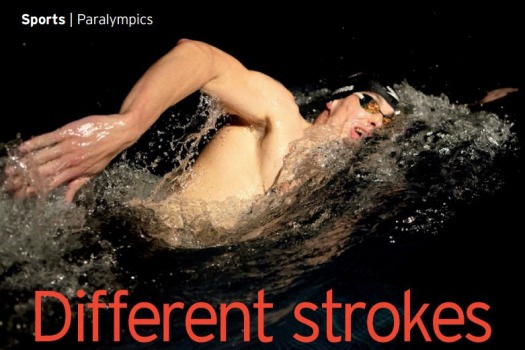 The FHT will be eagerly following Paralympic swimmer and sports massage fan, Graham Edmunds, who the FHT interviewed for International Therapist journal (IT April 2012). Click here to log in to the Sports section of our Reading Room to read Graham’s article.

Each bouquet features four different types of British rose – Aqua, Ilios, Marie Clare and Wimbledon – and all roses have been grown in the UK especially for the event. Bouquets also include lavender, rosemary and mint. Wheat has also been included, symbolising energy.

While it can be tough for vegetarians, in general, to ensure an adequate intake of protein, iron and vitamin B12, some Olympic athletes are going against the grain with strict vegetarian diets.

Lizzie Armistead, a silver medal winner at London 2012, shows us that it can be done. 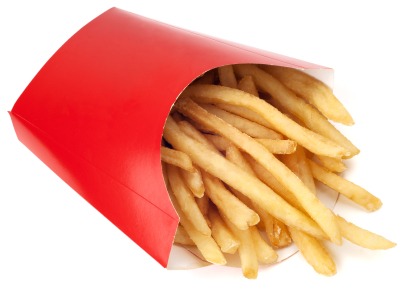 World Cancer Research Fund (WCRF) has joined the growing chorus voicing concern over the links between London 2012 and companies such as McDonald’s, Coca-Cola and Cadbury.

The cancer prevention charity fears the marketing of food and drink high in fat, sugar and salt at the Olympics will associate these unhealthy products with the world’s top sporting event.

This may encourage the patterns of consumption at the heart of an obesity epidemic that has seen the UK become Europe’s fattest country.

Jo Jewell, Acting Policy and Public Affairs Manager at WCRF, said: “This marketing-through-sponsorship targets children as well as adults. Unlike adults, children can’t critically judge these marketing tactics, which is why they should be protected from the promotion of unhealthy products.

“It is shame that with all the talk of ‘legacy’, one of the legacies left behind by London 2012 will be the failure to grasp the opportunity of the Olympics to set an example in addressing the UK’s obesity problem.

“The Olympics is seen as a force for good that boosts involvement in sport, encouraging young people to take part in activities they may not have considered before and providing the facilities to do so. But by promoting unhealthy eating the organisers are undermining these positive developments.

“We understand the need for corporate sponsors at an event of such scale. All we ask is that future sporting events are not supported by companies whose products have a negative impact on the nation’s health.”

Past studies, including a Food Standards Agency review, have concluded that junk food promotions aimed at children influence their preferences, purchasing behaviour and consumption – increasing the risk of serious illness in later life.

WCRF’s 2009 Policy Report concluded there is a “high level of confidence” that restricting the marketing of unhealthy products to children will have a beneficial impact on their diet.

Being overweight is a major factor in developing cancer in later life. By encouraging healthy eating and physical activity during childhood, the charity hopes individuals will carry these habits into adulthood. 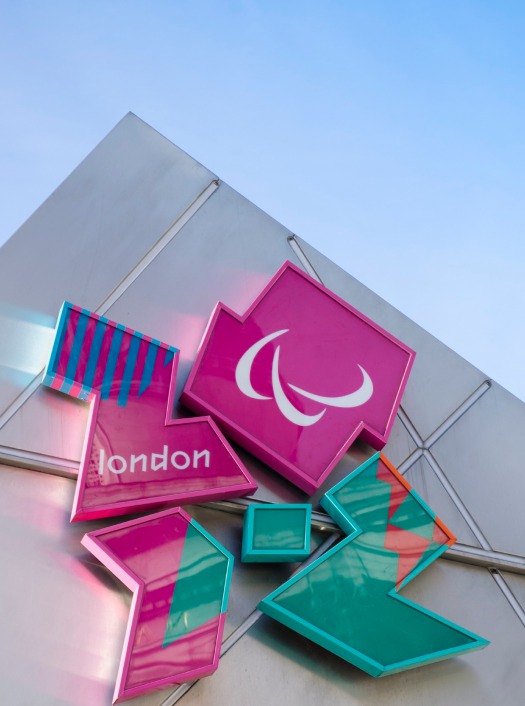 At our recent FHT 50th anniversary training congress and exhibition, we were delighted that some of our members came forward to tell us about their involvement with the 2012 Olympics and Paralympics, from an Olympic torchbearer, to sports therapists forming part of wider medical teams to support athletes.

Those who attended the drinks reception on the Saturday evening of our 50th celebrations in the Kestral Suite of the Heritage Motor Centre would not have failed to have seen our FHT member in the striking Olympic torchbearer uniform and gold torch. We were delighted to invite Stan Cantrill onto the stand to talk about his role as an Olympic torchbearer and his upcoming work with footballers at the Olympics and athletes throughout the whole Paralympics. Having received a remarkable fifteen nominations, a number of which were for his therapy work, Stan was honoured to have been chosen to carry the flame through Hereford in May.

We were pleased to be able to congratulate other FHT members who told us about their imminent involvement with the Olympics and Paralympics, including Sandra Revell and Richard Argles, two sports therapists working as part of medical services teams at the Olympics and Paralympics. LOCOG, the London Olympic organisers, as the host nation is supplying medical teams for all athletes, regardless of country and sport, to provide competitors with access to the treatments they may require. The medical team services include sports medicine, dentistry, imaging, physiotherapy, chiropractic, osteopathy and sports massage.

Sandra will be working at the Stratford polyclinic in the Olympic village during the Olympics, then based at Royal Artillery Barracks during the Paralympics, which is the venue for shooting and archery. Richard will be based at a polyclinic at Weymouth forming part of the wider support team for the athletes from the sailing teams, and then at the Goalball event at the Paralmpics.

Emma O’Reilly, MFHT, has been working with Olympic athletes privately in her sport clinic, treating members of the GB cycling team, including Victoria Pendleton. Cyclists appreciate Emma’s cycling background, therapy experience, and understanding of the different requirements of elite athletes. Emma is part of the athlete’s wider support team, communicating regularly with the medical team at British Cycling to ensure the provision of therapy treatments that support the athlete’s training programme and performance at competitions.

We wish all of our members who are involved with the Olympics and Paralympics all the best, and look forward to sharing more information about their work in a later issue of International Therapist.

If you are also involved in the Olympics or Paralympics, please do let us know (email jreeves@fht.org.uk), as we would love to share your work with other members. 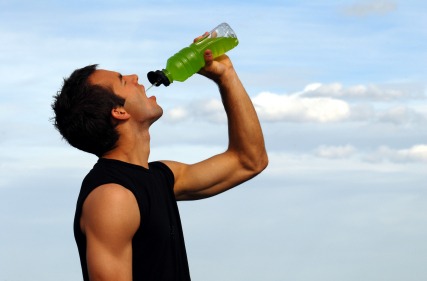 Tune in to BBC One’s ‘The Truth About Sports Products’, tomorrow at 8pm.

As many of us try to get fitter in this Olympic summer, Panorama investigates the sports products that promise to boost your performance. Are those pricey trainers worth the money? Can sports drinks really help you work out for longer? Are protein shakes any more effective at honing the physique than ordinary food?

With exclusive access to the findings from a unique study by the British Medical Journal and Oxford University, reporter Shelley Jofre tests the science behind the bold advertising claims made by some of sport’s biggest brands.

Athletes discuss what training and pre-Games competitions they will be doing ahead of the Olympic Games.