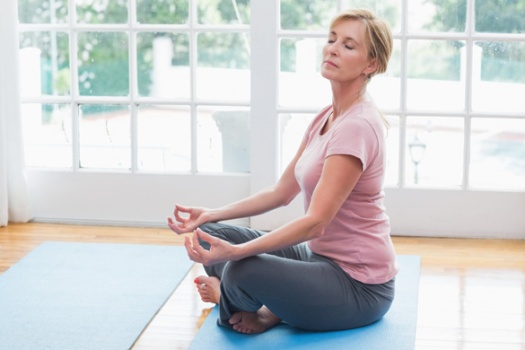 Researchers at the University of Derby have conducted the first-ever study focusing on exploring the effects of mindfulness for improving sleep in individuals with fibromyalgia.

Fibromyalgia is a chronic and debilitating pain condition that affects approximately three percent of adults. In addition to generalised all-over body pain and various cognitive difficulties, sleep problems are a core symptom of the condition.

Although practicing mindfulness has already shown promise in reducing the general symptoms of fibromyalgia, this is the first time its impact on sleep has been specifically studied.

Dr William Van Gordon, from the University’s Centre for Psychological Research, co-conducted the study with colleagues from Spain and Chile. The study was a randomised controlled trial involving 39 middle-aged women diagnosed with fibromyalgia, as the condition has a seven-to-one higher prevalence in women aged 20-50 years old, compared to men of the same age.

Participants were allocated either to an intervention group or a waiting list control group. The intervention involved two-hour weekly group meditation sessions over a period of seven weeks, with training in mindfulness exercises as well as other contemplative techniques. Assessments were taken before, after, and three months following the intervention.

Results showed that compared to the control group, individuals in the mindfulness group demonstrated significant improvements across each sleep-related measure, with the intervention effects maintained at the follow-up assessment:

“The study reflects the third randomised controlled trial that I have carried out in the last 18 months, where meditation training has been provided to people with fibromyalgia. Overall, the evidence base for using mindfulness as a means of treating fibromyalgia is starting to look more convincing.”

The full study has been published in Frontiers in Psychiatry.